the next big show G40 in Richmond VA

Art Whino returns in 2012 for the Third edition of G40. Following the mission of G40s past, we will once again bring exposure to low brow’s many faces and, as always, present what new facets emerge within this ever growing movement. This year G40 focuses on the "Art of the Mural". In the last 5 years, there have been great bursts of street artists transforming the city’s urban fabric with large scale mural artwork. With their powerful and awe evoking size of over five stories high, these murals transform the landscape of the passerby and create a unique experience to each wall that was once blank and artless.

This year’s G40 will travel to Richmond, VA. and will become the inaugural opening event of the city’s soon to be announced official art district. By inviting 13 of the top mural artists from around the globe to unleash their creativity to 20 large scale walls in a 10 block radius, it will surely become amazing artistic destination point for years to come. In addition to the large scale murals, we will also present an exhibit in pop up galleries along the main street of the district. With canvas work and installations by each mural artist, these shows will offer the opportunity to experience a more personal scale and a closer look at the execution and detailing of the mural artists' work.

As in previous years, we will also present a 500+ artist exhibit that will highlight all the genres within the low brow style. This year though instead of concentrating the show in one building we will be in 8 different locations throughout the arts district with an exhibit of more that 50,000sqft in total. In this exhibit we will showcase all the genres within low brow, in this way highlighting the growth of this movement and the versatility of these artists. In Gallery5 we will be premiere "Weapons of Mass Change", a traveling group show to benefit humanitarian missions around the world. Each artist will be transforming weapons, once used to oppress, and re-skinning them as unique works of art in the vain of helping humanity.

All of these shows combined will activate 10 city blocks with the large scale murals, over 8 storefronts housing the massive G40 Group show and premiering the weapons of Mass Change traveling exhibit. In this way, the G40 Summit will leave its mark on Richmond’s Art District. This show will become a part of the city’s arts culture, which will be further established as the Mural Project becomes a yearly event for the district, creating continuity and in turn helping to solidify Richmond as a major art destination in years to come.

In addition, Art Whino will make its mark in Richmond’s art scene by joining forces with RVA Magazine to create a new quarterly publication called "WHINO". This magazine will focus on all aspects of the Low Brow culture worldwide. The premiere of the magazine will be launched during the G40 and will bring attention to the inauguration of the Art District with a month long schedule of Musical performances and events.

Art Whino is a DC based art gallery whose mission is to bring together the pioneers and freshest talent from around the world. With over 1200 artists in the Art Whino arsenal, ranging from California to New York, Germany to Japan and beyond, Art Whino has become an all encompassing force in the art world. Exhibitions cover the whole spectrum of new art forms ranging from exposing emerging stencil and wheat pasting artists to showcasing the most skilled leaders of many different genres.
http://www.artwhino.com/ 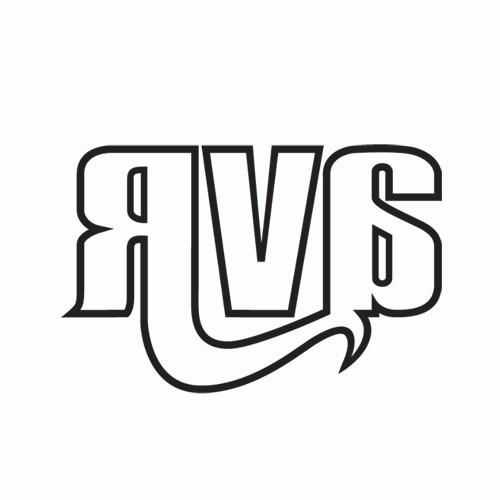 From day one (April 2005) we set out to lend voice to a subdued creative class of Richmond. RVA has succeeded in creating a brand that searches out the best artists, ideas, events, bands, photographers and culture-jammers Richmond has to offer and gives them a platform for exhibition that "gets" them.
Access to talented and creative people is to modern business what access to coal and iron ore was to steelmaking. --Richard Florida, economist and author. In a city best known for it's role in the Civil War (insert eye-rolling here,) the battle to be bigger than our past has been formidable. For generations, city leaders have banked on the faded silver of dubious honors - Capital of the Confederacy etc, and ignored the 21st (and 20th) centuries. With world-class schools such as VCU growing organically on their own record of excellence, media giants like the Martin Agency cementing their footprint in our cobblestones, and Fortune 100 companies relocating to attract the hordes of creatives emerging here, Richmond is exploding. New construction and development is rampant in heretofore decaying downtown retail and nightlife centers.
http://rvamag.com/magazine

Popular posts from this blog

So a few days ago..what I thought was a client...reached out to me when he found me on #thumbtack
a website that caters to artist.

The guy gave me a sob story about being in a hospital as a cancer victim, and that he was moving out of the U.S. and wanted to get his wife a birthday gift for their anniversary. yada yada yada....
he sends me a check


I got the check with in a few days of sealing the deal...Fedex- ed to my house!
I  was rushing to get to the bank before it closed (Saturday) but something seemed off once I opened the package.

1st. red flag....was the name of the check...the check was under a different name!.
I thought maybe it was the guys assistant which he did mention was going to handle his affairs , (since he was in the hospital..)

2nd. red flag was the check paper it self..
The paper itself felt a little light,, and the signature was digitally printed in a different opacity than the rest of the print type.

Being a freelance artist for almost 2 decades, you see a good a…
Read more
February 17, 2018
European Tour

I took my first vacation to Europe this year  landing first in Rome,Italy then continuing my adventure to Berlin, Germany.
I took in the culture by checking out all the possible museums and galleries, ancient ruins and beautiful wineries. I enjoyed the night life  in both countries with the wonderful people of Europe, it was my first trip over seas but it surely wont be my last.

February 17, 2020
So right away ass I opened it, I knew this was a scam. No introduction or how they found my work, nothing.got this in the mail the other day.


Edwin Brown (acha1b2c3@gmail.com)To:youDetails Hi,
I am interested in one of your Art works within the price range of $500 to $5000 Also do you accept payment via cashier's or bank check?


I responded with I only accept money orders!


Edwin Brown (acha1b2c3@gmail.com)To:youDetails I can only make the payment via cashier's check and the piece won't be shipped until the check cleared to your account. Thank You.

Be vigilant Artists out there, scammers will try to sucker you in with fake checks and processed orders in order to steal any money you have in your accouts.